My birthday trip to The Happiest Place on Earth

In celebration of my 24th birthday,  I wanted to go to Disneyland since one of my special interests is Disney characters ( in particular Frozen and Disney Princesses). I felt it was time to pay  the happiest place on earth a visit since it has been nearly a year and a half since I last went plus I wanted to take home some Frozen and Disney Princess themed souvenirs home that are made by Disney and not licensed :-).   I decided to plan on going to Disneyland last Friday because going on the weekends would result in super long lines since everyone would be out of school or work.   Since my best friend was in Korea, I asked my mentor if she would accompany me on my early birthday trip.  Luckily she agreed to come with me.  As always, I felt very anxious in anticipation of going to Disneyland, since the theme park is notorious for its crowds and that since we were limited on time, I was worried that I wouldn't be able to do everything on my list that I wanted to do.  In particular, I wanted to take my pictures with the Disney Princesses and also Elsa and Anna which is something different than what I usually do when I go to the happiest place on earth.  On past trips, I would usually go only on the rides.

Luckily, we decided to go when the park first opened at my mentor's suggestion in order to maximize our time.  It turns out that this was good planning because the lines weren't too long since the maximum amount of wait time was about 30 minutes.  We were able to hit all the rides that were on our list plus have some time to attend some meet and greets with the Disney Princesses and Star wars characters.   Not only was I am able to take pictures with some of the princesses (Cinderella and Snow White) but I was able to go to California Adventure and take a picture with Elsa and Anna which made the highlight of my day.

Even though I don't go to Disneyland a lot, it is always a pleasure to go and am amazed at the amount of adults who express their Disney fandom outwardly.  I suddenly feel like that I am in a safe space to outwardly display my love of Frozen and Disney Princesses (by carrying and wearing merchandise) without having to worry about people judging me or looking at me funny like how I feel when I go out to other places.  Seeing the vast majority of people both young and old wearing Disney ears, carrying backpacks engrave with Disney characters on it truly shows how powerful the influence of Walt Disney's vision is across age groups. All of the sudden having autism or being an adult and all its norms, roles and responsibilities is not a relevant factor when I go to Disneyland.  That is the true meaning of the happiest place on earth is that no matter your age or circumstance, Walt Disney has a place for you in his magical kingdom. 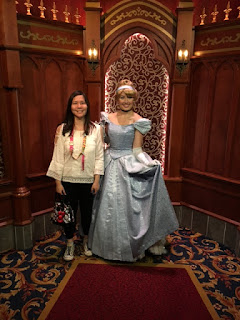 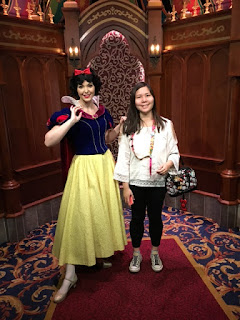 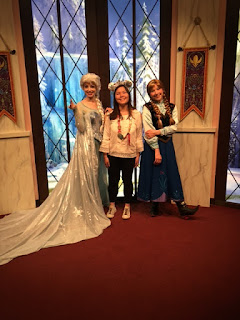 Posted by Christine Motokane at 4:03 PM