Why autism is a feminist issue

According to some statistics by the CDC, autism is five times more common in boys than girls.   I don't know if this is a true statistic  but after reading many articles it probably has to do with a biased diagnostic criteria that caters to males.   Many of the women interviewed in these articles report that they received many psychiatric diagnoses before finally getting a diagnosis of autism.  This usually happens around young adulthood.  Perhaps the late consideration is due to the difficulty of diagnosing girls since they are better at masking their autistic symptoms than boys.  I am very lucky to have received my autism diagnosis in early childhood and did not have to go through elementary, middle and high school years unsupported and misunderstood.  Unlike the women mentioned in the articles I read, I was not good at masking my symptoms and did not mimic the social behaviors of my typical female peers very well.  I had a lot of stereotyped and repetitive behaviors and had to be taught  social skills to be able to navigate the complex social world.  Despite being diagnosed early, I still faced various challenges due to the fact that I was a female.  The social skills groups I was a part of as a child were composed mostly of boys.  In fact there was one group in which I was the only girl which made me feel incredibly isolated because I could not identify with the boys in the group.  This gender disparity in autism services and diagnosis should be given more attention. Since there are a lot more males on the autism spectrum, researchers tend to only include boys in their samples which results in less knowledge on how autism affects girls and women as well as interventions that address the unique needs of this population.     In my personal experience,  I wish more autism interventions were more relational or companionate in nature than the typical emphasis on skill building. that accompanies  traditional behavioral and social skills therapies.   What I mean by "relational" is interventions that target social and emotional development such as mentoring  with an older female peer or a older woman (either someone who is neurotypical or on the spectrum) who can act as a "big sister."   The big brother/big sister concept is already available to at-risk youth and I feel that this type of mentoring would also benefit young women and girls on the spectrum as well.   Another form of support I would like to see is for autistic women and girls to form a "sisterhood" or alliance with each other.  As a young woman on the autism spectrum, I feel it is important for us to support each other since we have a lot of shared experiences and we can lament of how hard it is to find other females on the spectrum since we are a minority in the autism community.  From writing this post, I am not saying that behavioral therapeutic interventions are not important since behavioral therapy has taught me the tools I need to navigate the school and college environment.  But, behavioral interventions are just  only one-part of the picture and cannot address all the complex emotional needs and challenges that come from being a female on the autism spectrum. 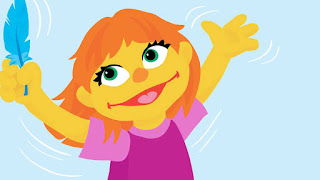 Posted by Christine Motokane at 10:54 AM